A Brief History of Civil Engineering 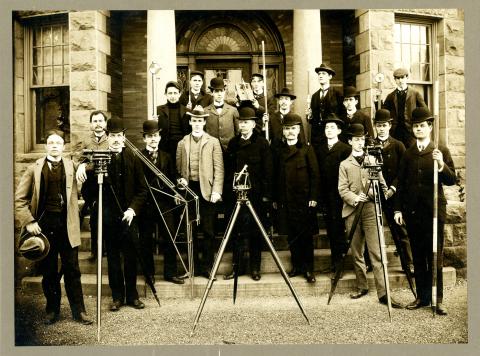 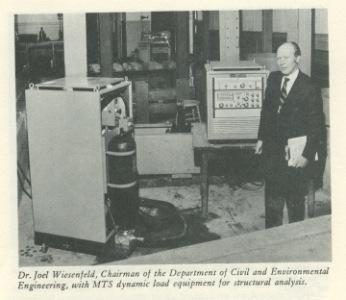 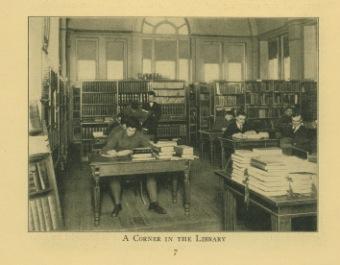 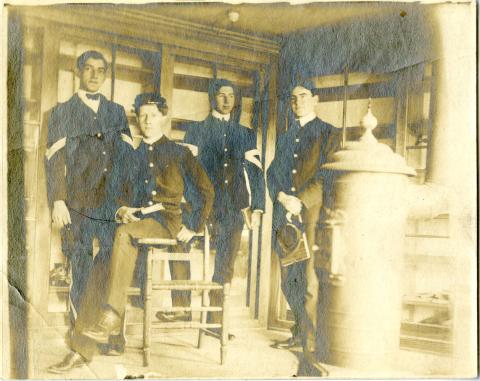 Civil Engineering had its beginnings when the Trustees of Rutgers College established the Rutgers Scientific school in 1863, and the State of New Jersey on April 4, 1864 designated Rutgers as the land grant institution of New Jersey. The first class was quickly enrolled and graduated in 1868. The early engineering enrollment of the scientific school was predominantly civil engineers.

In the early 1900's, Rutgers College offered technical courses in civil engineering, mechanical engineering, and electrical engineering. The technical course in civil engineering, at first glance, is quite similar to that of today. Four units of mathematics and two of science were required for admission. The four-year program had a common freshman year and there was no choice of elective. The catalog states, "A thorough drill in mathematics is given both for its general educational value and for its importance as an essential tool for the educated engineer."

Surveying, strength and mechanics of materials, analysis and design of structures, hydraulics and environmental (now sanitary) engineering were important aspects of the program at that time, as they are today. The civil engineering program at Rutgers has always been geared to the needs of the profession.

In 1908, the civil engineering seniors established the Civil Engineering Club as an undergraduate technical society. In 1921, this became the Rutgers Student Chapter of the American Society of Civil Engineers, one of the oldest of such chapters.

The first annual short course for sewage plant operators was offered by the civil engineering department in 1927, and for waterworks operators in 1931. These courses were conducted by the department until late in the 1960s.

The degree of Civil Engineer (C.E.) was a professional degree granted to graduates of the technical course after three or more years in practice and study of civil engineering who presented a satisfactory thesis or discussion of some engineering work they had done. The degree was established in the early 1900s and was granted until the early 1950s. The Master of Science degree in civil engineering was established in the 1920s and the Ph.D. degree in 1961, with the first graduates in 1965.

The total number of graduates of the department's programs numbered no more than twenty up to the late 1940s when it grew to between thirty and forty until 1970.

The original home of the civil engineering department was the Engineering Building on Queen's Campus (Murray Hall) built in 1908 for $70,000, of which an amount of $25,000 was given by Andrew Carnegie. The department's first addition was the establishment of the hydraulic and mechanics of materials laboratories in 1932 in the Old Ballantine Gym, which had been partially destroyed by fire in 1930. In 1938, the Engineering Building expanded to include several labs, classrooms, and auditorium.

In 1947, all other laboratories of the department were moved into the temporary engineering buildings on Busch Campus in a further expansion. Surveying, concrete, soil mechanics, and transportation labs were housed there.

The College of Engineering moved into new quarters on Busch Campus in 1963. Office space and environmental engineering labs for the department were included in this building but not the labs in Ballantine or the temporary buildings. Complete consolidation of all the department's laboratory facilities was left for future construction, and the dedication of the new Civil Engineering Laboratory on May 19, 1982 partially fulfilled those plans.