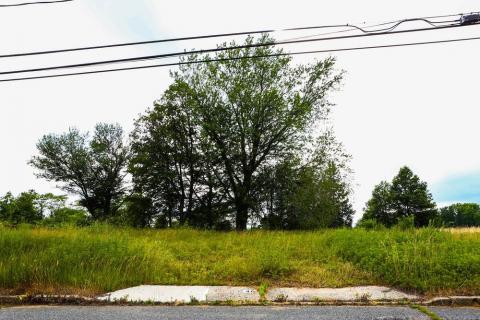 Flooding – whether from storm surges, high tides, or regular rainfall – is a longstanding concern of those living in the 275 homes in Linden’s low-lying Tremley Point area. Aided by funding from a $2.7 million grant awarded to Rutgers and the City of Linden in 2014 by the National Fish and Wildlife Foundation (NFWF) and the U.S. Department of the Interior (DOI), George Guo, a professor in the School of Engineering’s  Department of Civil and Environmental Engineering, has developed innovative green infrastructure solutions to both reduce flooding and restore ecosystems in the vulnerable area.

“If a neighborhood floods, that usually means there was too much water rushing into the area for the drainage system to handle,” says Guo. “If you can reduce the volume of rain runoff or slow it down and give it more time to drain, you’ll have less water flowing into a neighborhood – and less flooding.”

The completion of  the Blue Acres Floodplain Restoration in late November will complete the three-phase flood mitigation and ecosystem restoration project for Tremley Point, which is bordered by Marshes Creek and the Rahway River.

According to Guo, the State of New Jersey bought 22 properties that were badly damaged by Superstorm Sandy in 2012. With his team’s help, the state-owned land is being converted into a public park able to withstand storm surges and manage stormwater – and ultimately reduce flooding and enhance ecosystems.

“This last phase of the project could be the most innovative and have the highest impact,” says Guo, who is also affiliated with the Rutgers Center for Advanced Infrastructure and Transportation (CAIT).

Construction of two environmentally friendly porous parking lots designed to help reduce flooding in Tremley Point was completed in April 2019. The lower thirds of each of the one-acre and half-acre lots use an innovative type of porous pavement that can both drain and store stormwater runoff. According to Guo, runoff water flows to the porous areas, where it seeps into a layer of gravel that acts as an underground reservoir. Eventually, the water drains into an existing catch basin. Besides catching stormwater, another potential environmental benefit of the porous pavement is its ability to filter out most solids from the runoff.

“We had the first rain a few days after finishing construction,” recalls Guo. “You could see that the water vanished only a short distance into the porous section as it was being drained, leaving the rest of the porous lot basically dry.”

Guo and a team of Rutgers researchers were prompted to explore ways to mitigate flooding in Linden after taking part in a New Jersey Department of Environment Protection sponsored study to identify strategies for flood mitigation in the wake of Superstorm Sandy in 2012. Tremley Point was an area that was seen as having been particularly hard-hit by Sandy, incurring an estimated $3 million in damages.

Beginning in 2014, thanks to the NFWF-DOI grant, they worked with multiple partners, including Phillips 66 Bayway Refinery, to install green solutions such as rain gardens and rain barrels. The six rain gardens that they built function much like the porous parking lots, according to Guo, by intercepting and slowing down runoff from paved and other hard surfaces. They, too, can store and absorb large quantities of water, while featuring numerous species of plants and shrubs.

“Altogether, these different initiatives can make a big difference in mitigating flooding in the Tremley Point area,” says Guo. “The small things we do, whether they are rain barrels, rain gardens, or porous parking lots, in the right places, can add up and make a significant difference.”