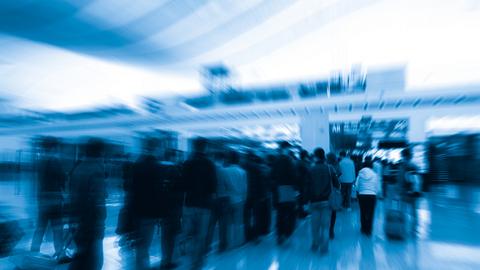 DHS has appointed a consortium of 10 universities, including Rutgers, to combat terrorist and criminal attacks. Shutterstock

Rutgers University is a member of the consortium of 10 universities led by Northeastern University that was recently appointed by the U.S. Department of Homeland Security (DHS) to combat soft target terrorist and criminal attacks on schools, hospitals, shopping malls, and sports arenas.

For the first year of a 10-year grant, the DHS Science and Technology Directorate (S&T) is supporting the creation of a new Center of Excellence for Engineering Secure Environments (ESE) from Targeted Attacks with a $3.6 million award.

“Researching and developing science and technology solutions to combat emerging threats is a top priority for DHS,” remarked DHS Secretary Alejandro N. Mayorkas in a statement. “The new Center of Excellence will provide improved access to high-quality, university-led research and education resources for the department and the broader homeland security enterprise, while at the same time training our nation’s next generation of homeland security leaders.”

Two Rutgers projects – “Dynamic Digital Twin for Secure and Smart Civic Spaces” and “Real-time Crowd and Attacker Forecasting for Risk Assessment and Threat Mitigation” – are among the centerpieces of this new center’s effort to advance research on layered security architectural design and simulation.

School of Engineering civil and environmental engineering (CEE) associate professor Jie Gong will serve as a principal investigator (PI), while CEE associate professor Jing (Peter) Jin will serve as a co-PI on the project “Dynamic Digital Twin for Secure and Smart Civic Spaces.” Both of them also serve as Co-PIs on the project “Real-time Crowd and Attacker Forecasting for Risk Assessment and Threat Mitigation”. Other members of the university’s multi-disciplinary team include computer science and mathematics faculty.

The team will contribute to developing an innovative virtual SENTRY (Soft target Engineering to Neutralize Threat Reality) system that will alert key soft target decision-makers, such as school principals and stadium managers, with information in time to assess and thwart an attack.

The focus of the Rutgers team’s effort is on improving existing venues and environments through architectural modifications, use of simulation tools, and installation of new security features.

“Building designs and underlying digital infrastructures can help reduce the consequences of soft target attacks on school buildings, churches and malls,” says Gong. “The DHS funding will allow the team to study the use of digital twins.”

The Weeks Hall of Engineering digital twin that is currently under construction will be a multi-disciplinary instrumentation of the building’s mobile, location-based, environment, air-quality, structure and energy sensors able to provide a living lab environment towards building a virtual mirroring of a real-world infrastructure. “We will be evaluating many indoor emergency response scenarios for evacuation and virtual or physical building patrol,” says Jin.

Gong additionally explains that, “by creating virtual replicas of built environments, simulating synthetic events, and assimilating real-time observations of crowd behaviors, we will see how to design or retrofit facilities that are more resilient to targeted attacks. We will also explore augmentation with active surveillance and mitigation capabilities. One example is to explore rapid response teams’ use of drones and robot dogs for strategic decision support during events in indoor environments.”

“This project provides the potential to collaborate with DHS as well as academic, public, and private partners to address real-world needs and make our facilities and societies safer,” says Jin.

“If our proposed system is successful, its potential for proactive, real-time responsiveness and situational awareness could change how police and emergency response crews react to terrorist and criminal attacks and emergencies. I’m excited about the opportunity to find impacting applications of research platforms and instruments that we’ve been building at the Living Labs,” he adds.

For team member Fred Roberts, a distinguished professor of mathematics at the Rutgers School of Arts and Sciences and founding director of CCICADA, an existing DHS Center of Excellence at Rutgers, keeping people safe in soft targets and crowded spaces gets more complicated every day. “What we will learn from using Rutgers as a ‘living lab’ will provide ideas that can be extended to hundreds of thousands of soft targets and crowded spaces that we will work to protect.”