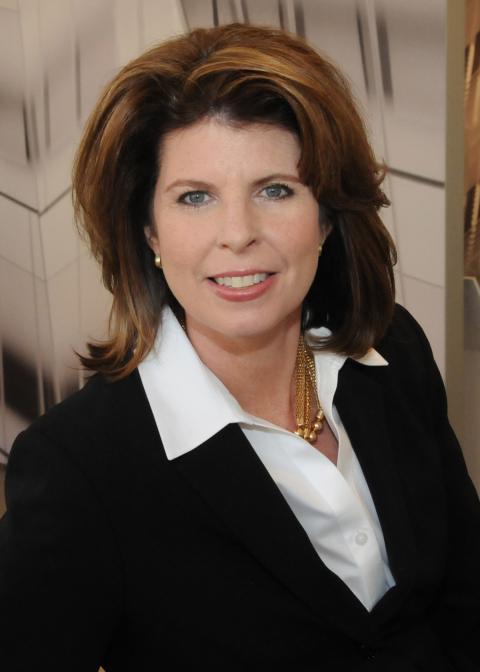 Michele O’Connor, who earned her SoE degree in civil engineering in 1987, has begun a two-year term as the first woman chair of the Rutgers School of Engineering Industry Advisory Board (IAB).

“I was excited to join the board in 2017,” says O’Connor. “I had prior professional organization board experience, but this board, while industry-related, is bigger and farther reaching. Being asked to chair the IAB is a real honor.”

O’Connor is a principal at Langan Engineering & Environmental Services and co-director of the firm’s New York City civil engineering practice, where she has established herself as a land development expert for large-scale urban redevelopment projects in the New York Metropolitan area. These include the TWA Flight Center at JFK Airport and the Gateway Center at Bronx Terminal Market, and the four-acre Hudson Park and Boulevard Park within Hudson Yards – the nation’s largest private real estate development project.

She attributes her success to teamwork. “The most successful projects that I have worked on are those where individuals come together, share their expertise and collaborate to achieve a common goal,” she says.  “Engineering is certainly a team sport.”

An impassioned advocate and mentor for women in engineering, she co-founded the Women @ Langan mentoring group, for which she serves as a corporate and local leader and role model.

O’Connor takes her role as the IAB’s first woman chair in stride, while recognizing its significance. “I’ve done so many things over my life for the first time, I guess I’m a little bit intrepid – a trailblazer,” she explains. “I’m driven. When I want something, I do it. I don’t do it blindly or with disregard for other people, but I’d hate to look back 30 years out and regret a missed opportunity.”

She has been pleased to see how IAB leadership over the past few years has worked to reflect the increasing diversity of the student population – and hopes to continue to add to the diversity of the board.

Continuing to expand opportunities for the IAB to engage with the students is another priority for the new chair and a win-win for both students and board members. “The groundbreaking for Weeks Hall was a great opportunity to meet students, and was the beginning of a real physical connection,” she says. “The IAB recently reevaluated members’ roles and responsibilities, which include engaging with students.”

For O’Connor, establishing and maintaining  these connections with students is both a challenge and a benefit during a pandemic. While it may seem counter-intuitive, she notes that by eliminating the need to travel, it has been easier to connect virtually with students. It’s a trend she hopes to see more of.