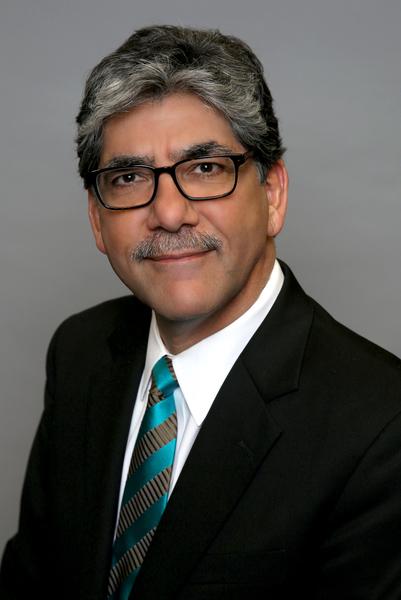 “Choose a field to go into that you like and can see yourself in over the long-term. Don’t choose your profession or major because of the money you think you will make or how easy a career or life you will have.” –Chris Christoforou

Chris Christoforou left his native Cyprus to earn his bachelor’s and master’s degrees in civil engineering from  Rutgers School of Engineering–and has remained in the United States ever since. Immediately after graduating from Rutgers, he began his career with leading international scientific and engineering consulting firm Thornton Tomasetti. Today he is a principal and office director of the firm’s Newark, New Jersey office. His work has spanned building projects as massive as New York City’s $20 billion Hudson Yards “city within a city,” to a soaring student center at Embry-Riddle Aeronautical College. As someone who is “Rutgers through and through,” he currently teaches a senior capstone course on building in the school’s CEE department.

Where did you grow up?

Back then, there was no Internet and we couldn’t just google a school, so I’d research schools at the American Consulate. I liked Rutgers’ proximity to New York City and the coast and one of my uncles, who lived in Morristown, New Jersey also highly recommended it. It was nice to have someone pick me up at the airport on that first day–and to visit.

What attracted you to civil engineering?

I was interested in buildings. Starting from antiquity, I knew about the Parthenon, and the Coliseum, bridges and their grandeur. That’s what drove me to the field. I debated about pursuing architecture, but I was  better in math and geometry than I was at freehand drawing. Structural engineering showed me what I might do in a built environment. I’m glad I made that choice.

What do you most value about your Rutgers education?

Rutgers gives you the tools you need to get more information than you got in class. Professors wouldn’t spoon feed you but would challenge you to go and find the solution to a problem. Solving problems is what engineering is all about and Rutgers gave me the ability to do that.

Rutgers is such a big school. Coming from small high school and getting into its vast environment, where I had to take a bus from one campus to another, helped me learn to figure things out for myself. I wasn’t told what to do–I had to make an effort to organize myself.

I liked that I could take electives outside my field that gave me a broader picture of the world. I loved the art class I took. To me, engineering is a form of art. You can’t separate it from aesthetics and beautiful things.

I also met my wife, a fellow engineering student, at Rutgers. 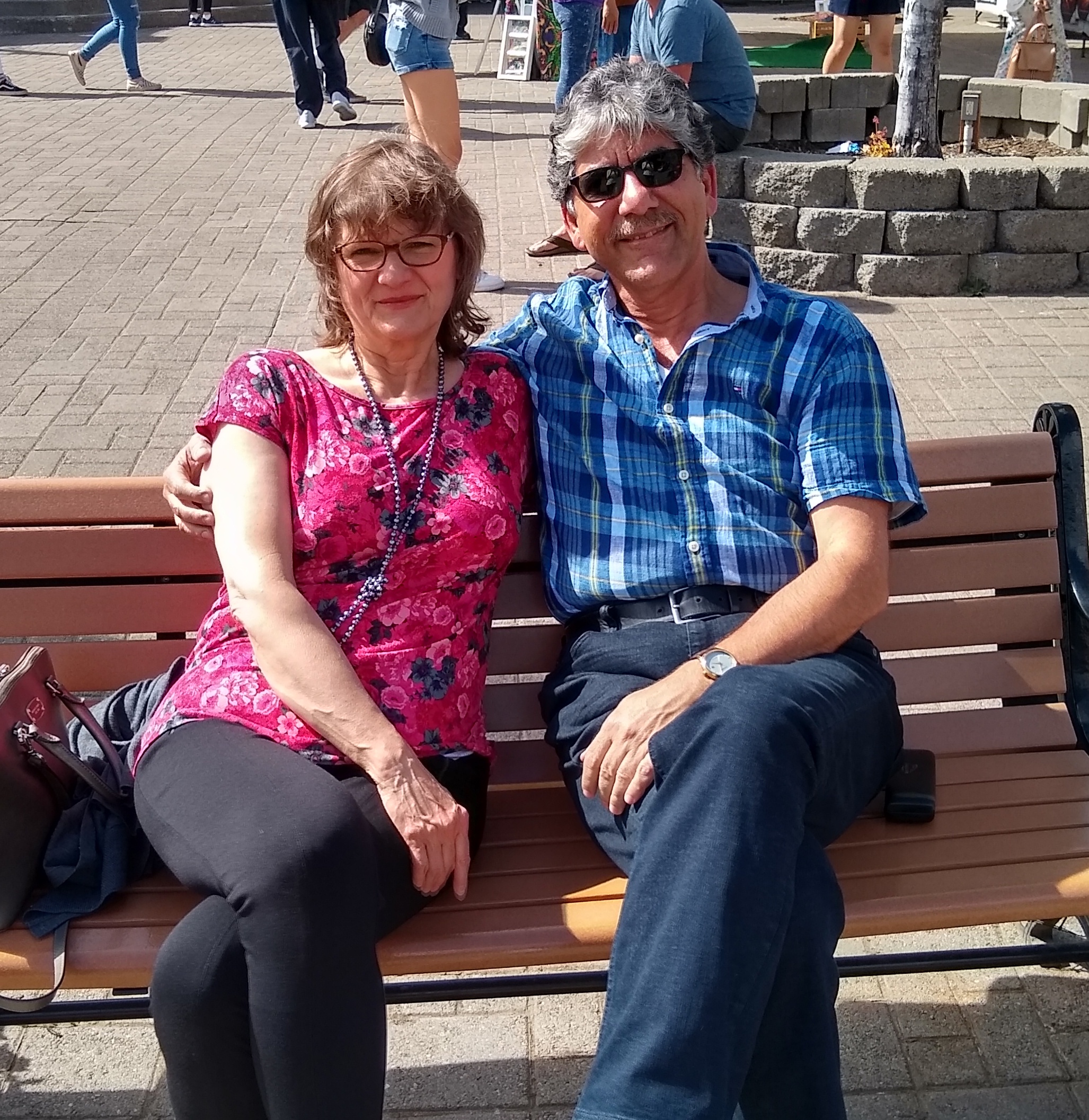 Tell me about your wife.

Like me, my wife Beata Iglikowska Christoforou (pictured at left) also earned her BS and MS from the School of Engineering. She grew up in Poland. It is lucky for me she went to Rutgers. I met her in my first class in graduate school in fall 1983–and the rest is history! We have two beautiful daughters, one a doctor and one is a lawyer. I became the father of the bride of one of them just recently.

While you worked on many of the Hudson Yards structures, what was your main focus?

It was on the 55-story Tower C or Coach Tower, which was the first one completed. It is integrated with the High Line and adjacent plazas.

What are you most proud of in terms of Hudson Yards?

Everything–it was such a massive project, with one challenge after another. It was like building Athens or Babylon in terms of the scale and logistics of actually building it. The sheer mass of the construction site is awe-inspiring. You can design something like this, but you have to be able to physically build it and finish it safely. I’m proud there were no accidents and that everything went as planned.

What other projects are you proud of?

A high point in my career is the recently completed Mori Hosseini Student Union at Florida’s Embry-Riddle Aeronautical University, which was recently featured in the ASCE magazine. https://source.asce.org/florida-aeronautical-university-flies-high-with-new-student-union/

It’s a beautiful, soaring structure inspired by birds in flight that exposes its skeletal structure – much as the Parthenon’s iconic columns reveal its engineered support. Everything that has been exposed has to work structurally – and look proportional and aesthetic.

We’re currently working on five different buildings at Cornell University, including dormitories that will be opening up for students in September.

I’m also proud of the several buildings–including the Honors College and the academic building–we worked on for the Rutgers College Avenue Redevelopment Initiative some years back.

Has the pandemic impacted your work life?

It’s hard to believe I’ve been working from home for almost 365 days. There are benefits to this, in that you can control your time and work hours. And it has been helpful for people with young children.

But I’m going to the office once or sometimes twice a week to get out of the house. We go in with precautions–distancing, masks -- because we want to be fully back sometime. That’s how the DNA and culture of the firm is maintained: it’s transferred by face-to-face interaction. We are all social animals and are not meant to be like this. It’s not social distancing–it’s unsocial distancing, or that’s what I call it!

Have you mentored or hired any SoE graduates?

I’ve hired two graduates in the last 4 years. I love engaging with the Rutgers grads who work with me.

I also teach a course at the school now. It’s a senior year spring semester capstone project course. Originally, it was a hands-on design project in building design that I started teaching last year in the spring semester.

When I started, the class was live. We had a nice building project to design. At the last class before spring break, I said, “This may be last time we see each other live.” I was right–we never went back to campus but we finished the course online. It was a learning curve for everybody. It was different–but we made it through.

I give kudos to my students. Nobody missed a class–it was amazing. This spring semester, the course started online from day one. The technology is there–but it is still difficult for the students. We take it for granted that everyone has a quiet room in their houses where they can go on the internet for a three-hour class without interruption.

I’ve loved teaching this course and plan to teach it again next year.

What advice do you have for these and other civil engineering students?

Choose a field that you like and can see yourself in over the long-term. Don’t choose your profession or major because of the money you think you will make or how easy a career or life you will have.

Once you graduate, you can go many different ways. As a civil engineer, you can be a consultant working in an office designing structures, or you can be in the field actually building the structures. For a while, I considered being in the field and dealing with complex logistics, equipment such as cranes and hoists, in all kinds of weather, but in the end, I chose the consulting. But even as a consultant, exposure to the construction site is hugely important and it is what makes a complete engineer. I was lucky to get that exposure in my firm.

What did you like to do for fun when you were a student?

Some things you can’t put on paper! I lived in the dorms in the Quads on Livingston campus. I enjoyed the pubs and the Hellenic Club. We were the real Greeks–there were so many jokes about how it took us a while to figure that the fraternities weren’t really “Greek.”

I loved visiting New York City on weekends–my proximity to the city was a big plus for me. I liked to take a bus to Port Authority and spend a Sunday afternoon at a museum or strolling down Fifth Avenue staring at buildings and architecture.

What do you do for fun these days?

Now that we’re empty nesters, we love travel–but this pandemic year has been terrible. We love music concerts of all kinds and local community theater. I love politics and policy. And watching sports.

I’m Greek Cypriot and my wife is Polish, so we have Europe in our blood. We enjoy ethnic activities and celebrations. I’m Greek Orthodox, my wife is Roman Catholic and culture is very important to us in all its forms. That’s what makes you American–it allows you to do all this and be American.

If you could go anywhere tomorrow–pandemic travel restrictions aside–where would you go?

I would go to Cyprus. My mother and brothers live there and we haven’t seen them for a while. Cyprus is one of the nicest vacation places you can go to–and it’s that much nicer to be able to visit family. Our daughters are trilingual–when they were young we would take them on family vacations to Poland and Cyprus.